The Columbia Univ. Club of SWFL Board invites you to join other alums at a dinner and talk by author Jennifer Lin on March 6, 2018. 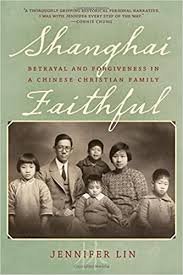 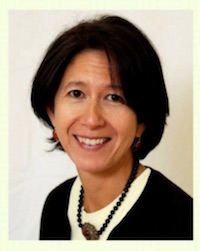 Jennifer Lin will discuss her research & personal history connecting five generations of her family in Shanghai and Philadelphia.  She will correlate this with gradual Westernized influences & political clashes in Chinese culture and religion.

Ms. Lin wrote "Shanghai Faithful" after learning that the Chinese side of her family had been some of the first Chinese to accept Christianity nearly 150 years ago.  She began researching her roots in the 1990s, while she worked as a Beijing correspondent for the Philadelphia Inquirer.  She learned that her grandfather, an Anglican priest, had studied in Philadelphia before his return to China.

She brings in a cast of characters dating from the early Christian missionaries.  There was the day in 1927 when her grandfather was seized by a mob and paraded through the streets of Fuzhou with a noose around his neck, punched and taunted as a "running dog of foreigners"—for his Christian religion.  There was also the summer day in 1966 when the Red Guard burst into their home and dragged out everything of value, including their piano, as 'bourgeois" affectations.  Then the dreaded security police arrived at midnight to interrogate their grandmother, slapping her when her answers weren't audible enough.  Her interrogations would be often.  And rough.

She vividly chronicles the early Chinese Christian missionaries’ mistakes as well as their successes, and how her own grandfather pushed for the "Sinification" of his beloved church to make it speak more clearly to his fellow Chinese.

Tickets are $40 per person.

Also, many thanks again if you have already paid your annual membership dues of $35.  For those who have not yet paid (it's never too late!), online payments can be made at naples.alumni.columbia.edu/dues.

(For those paying online, please note that you do not need to have a PayPal account.   After clicking the navy button which says "Continue to Paypal" (our payment processor), you will see where you can type in your credit card info.)

For those who prefer to pay by check, please contact [email protected] for further info. on where to send your check.